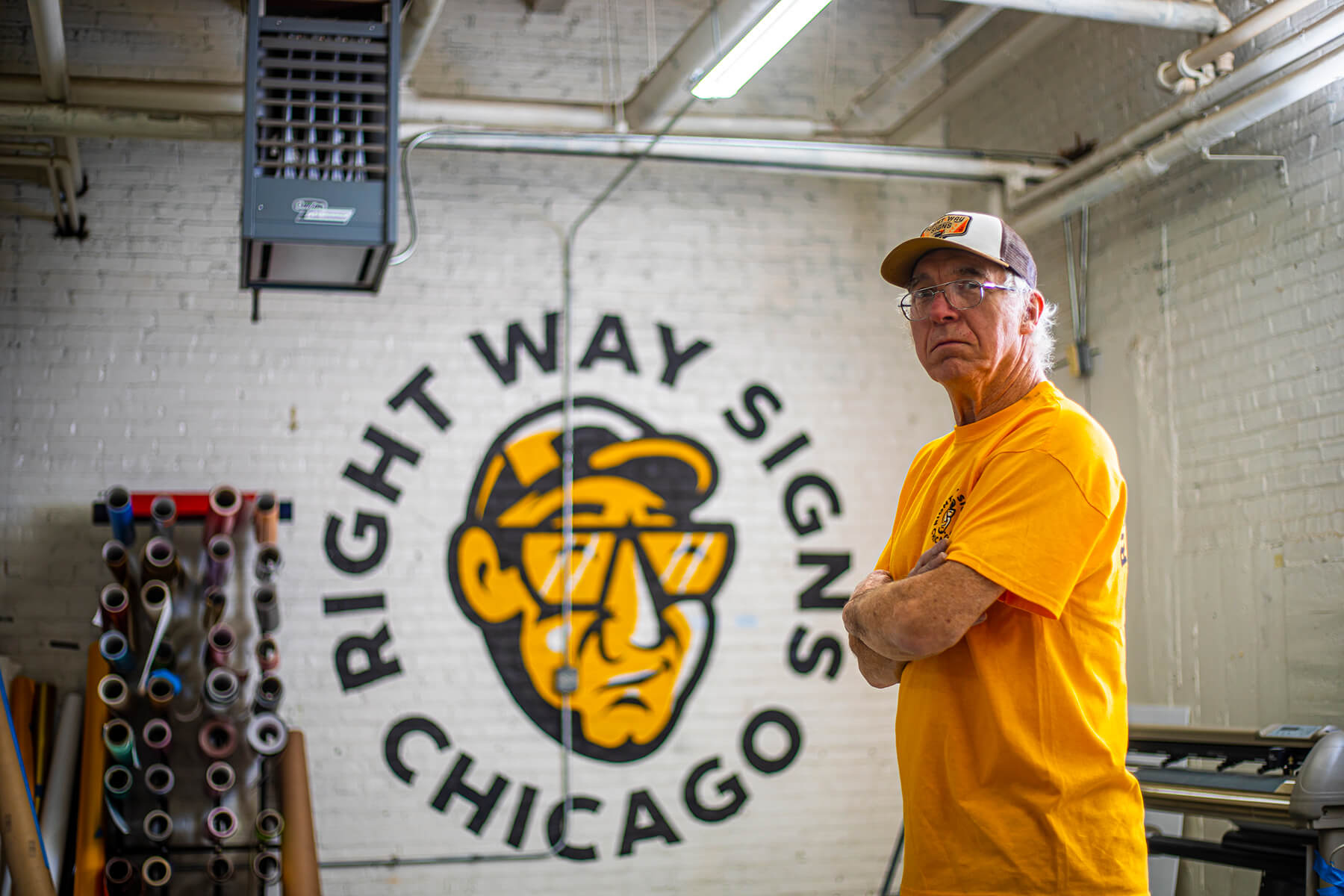 At the age of 71, Ches Perry, owner of Right Way Signs, is a number of things. He’s easy-going, humorous, proud of his family, and passionate about his art. Perry is also a world-class sign painter, the kind of guy you might see painting a portrait on a side of a building in a 1950s film.

Perry grew up in a small fishing town on the easternmost coast of Newfoundland, Canada. Like many Canadian boys, Perry and his friends could organize a pick-up game of hockey on a moment’s notice. A lifelong hockey fan, Perry also loved watching his professional heroes play.

As he grew, Perry began to consider what he might do with his life. His father was a deep sea fisherman and Perry wondered if that might be his eventual career too. After begging and pleading, Perry’s father finally took his son out on a job. Perry was so seasick that he knew life on the North Atlantic was not for him.

Life in that small Canadian village was fairly idyllic for Perry. He had an older sister, a stay-at-home mom, and a father who seemed to love his job. He had plenty of friends to play hockey with, a good school to attend, and a growing interest in art.

By the time he was 10 or 11 (around the same time as his ill-fated fishing trip with his father), Perry was smitten with art. He remembers drawing “day and night.” He found a creative outlet in drawing, a way to express himself and relax at the same time.

Still, the kid from the small village in Canada never considered that his art could amount to anything. “Where I grew up, I didn’t have any real artists to tell me whether I had talent or not,” Perry said.

Ches Perry graduated from high school in 1968, unsure of what his next steps should be. The fact that he wore glasses kept him from a career as a Royal Canadian Mountie and one month of working in a fish processing plant on the south coast of Newfoundland helped him realize that the life of handling dead fish was not for him. It was while he was working as a school janitor in Labrador that Perry had an epiphany; he wanted to go to art school.

He applied to what he believed to be a commercial art school in Chicago and was surprised when the owner of the school wrote back asking when he wanted to begin classes. Perry found it odd that he was accepted to the school without showing them his portfolio. It wasn’t until he arrived for the first day of class that he learned it was a sign painting school. The Institute of Lettering and Design in Rogers Park became his classroom and lab for the next three years.

Though it wasn’t the commercial art school Perry had initially hoped for, he says,

“I loved having the brush in my hand.”

As it turned out, the creativity that fueled Perry revealed itself in other forms of art. Creating an eye-catching sign was as much fun for him as drawing a picture of a hockey rink at night.

Perry stills get a kick out of creating art. He’s currently working on a project in Chicago – a mural of Abraham Lincoln on a 90-foot wall – that gets his creative juices flowing. Perry is still working seven days a week, climbing sky high ladders, and finding inspiration in everyday projects. He appreciates the fact that he is able to do what he loves today because he paid his dues.

In 1980, Ches Perry had the chance to purchase Brownie Signs in Evanston, Illinois. In the 80s, it was customary for customers to come to a sign painter with little more than an idea and trust him to come up with a design that blew them away. The creativity it took to work on a project from nuts to soup was right up Perry’s alley. Unfortunately, it was in the 80’s that computer generated signage picked up steam, businesses realized they could save money, and hand painted signs appeared to be destined for the history books. Perry continued to hand paint as many signs as possible, but the truth was, vinyl was quickly becoming king.

Alex,  with a mind for business and a knack for marketing, thought he could help his father out. In 2003, they decided to combine their talents. They changed the name of the business to Evanston Signs & Graphics and brought in a business partner to help move them into the 21st century. Three years later, Alex left the company to finish his education at Northwestern University and his father kept his head above water by creating vinyl graphics, even though he was never passionate about computer generated work.

As retirement loomed, father and son discussed Ches Perry’s next step. They had enjoyed working with one another before and thought it might be fun to try it again – if only as a retirement project for the elder Perry. They called their new venture Right Way Signs. Alex would run the operation and Ches would paint signs. It was a marriage made in heaven.  “Three months into the business it took off and there was no turning back,” Alex recalls.

That was in 2012 and business since then has continued to pour in. Tired of the “sameness” perhaps, there has been a recent resurgence in company’s asking for hand painted, one-of-a-kind signs. Promotional art, when created by a master, provides an instant sense of gravitas that businesses crave.

Under Alex’s marketing guidance, the Perry’s sign painting business has become much more. According to Alex, their business is a hybrid of old and new-school ways of making signs. One of the things the company has learned through the “two or three” recessions they have weathered is that variety is important. If the economy takes a downturn and businesses are less willing to spend money on premium signs, Right Way Signs need to have other — less expensive – options to offer.

They must also be flexible. Alex says that they’ll receive a query about providing vinyl graphics or a three-dimensional sign and the caller will suddenly recall that they also need someone to paint a mural in their break room for them. It’s all about being that one company that other businesses can count on to provide a host of services.

Asked when he thinks his father will retire from the business, Alex seems caught off guard; as though the idea of his dad laying down the brush has not occurred to him. “He says another 30 years,” Alex said with a chuckle. “There’s a lot left in the tank. He can still do the dangerous stuff.”

With an “age is just a number” mentality, Perry shows not signs of slowing down. He’s still eager to paint a mural four stories off the ground and still plays hockey with his friends. He’s still traveling around the country to paint and still having fun. It may come as no surprise then that Ches Perry described his life like this: “I can’t wait for morning to come to get going.” 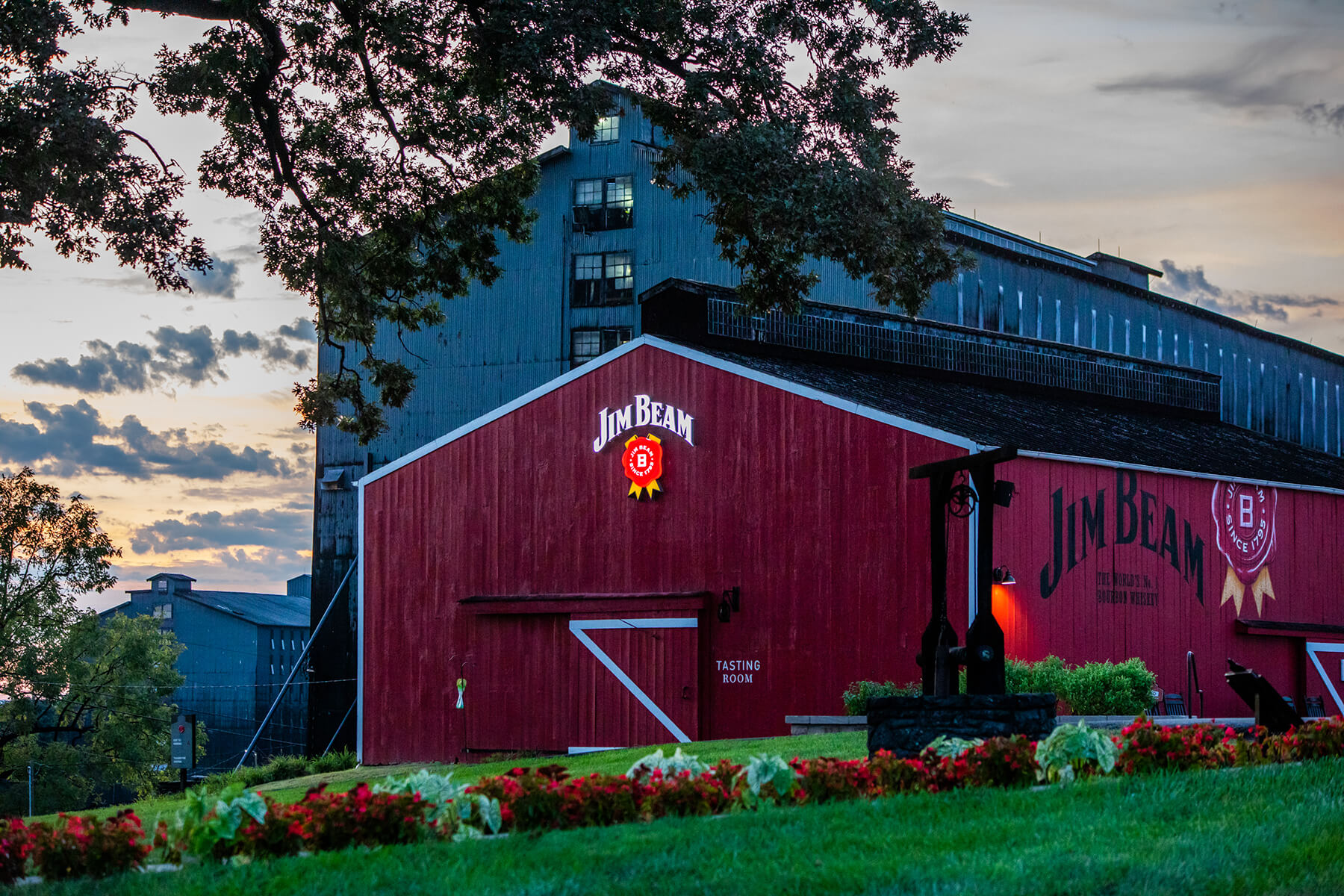 The importance of photography and documenting your sign work December 16, 2020 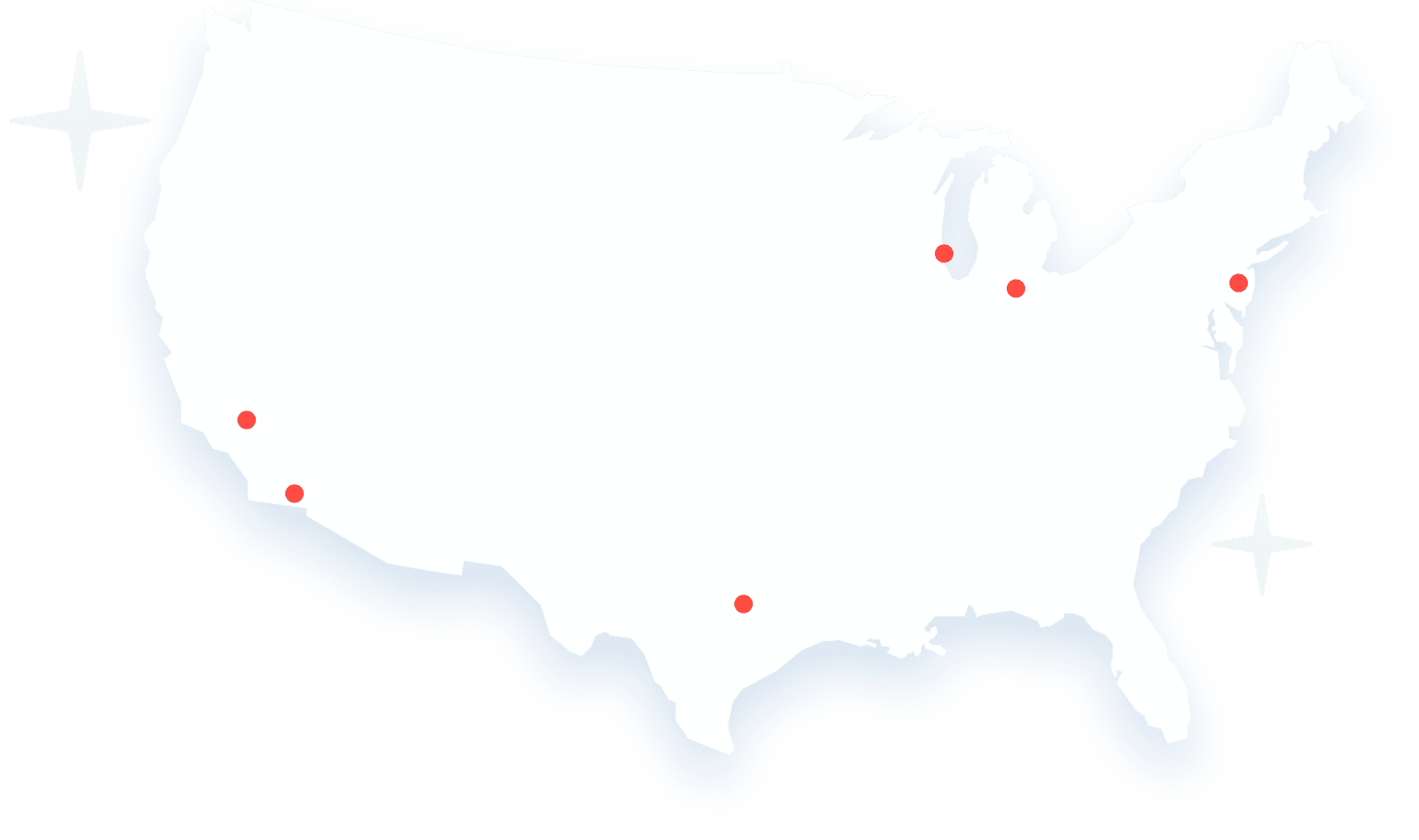 It costs nothing to find the best Local sign company for your business.